To participate in political elections, you must be registered on the electoral roll. Every French person who comes of age is automatically registered on the electoral roll, provided that he or she has taken the census when he or she turned 16. The town hall informs the new voter by mail of his or her registration, without him or her having to take any action. If, however, registration could not take place (late census, moving after the census, etc.), you must make the request to the town hall. 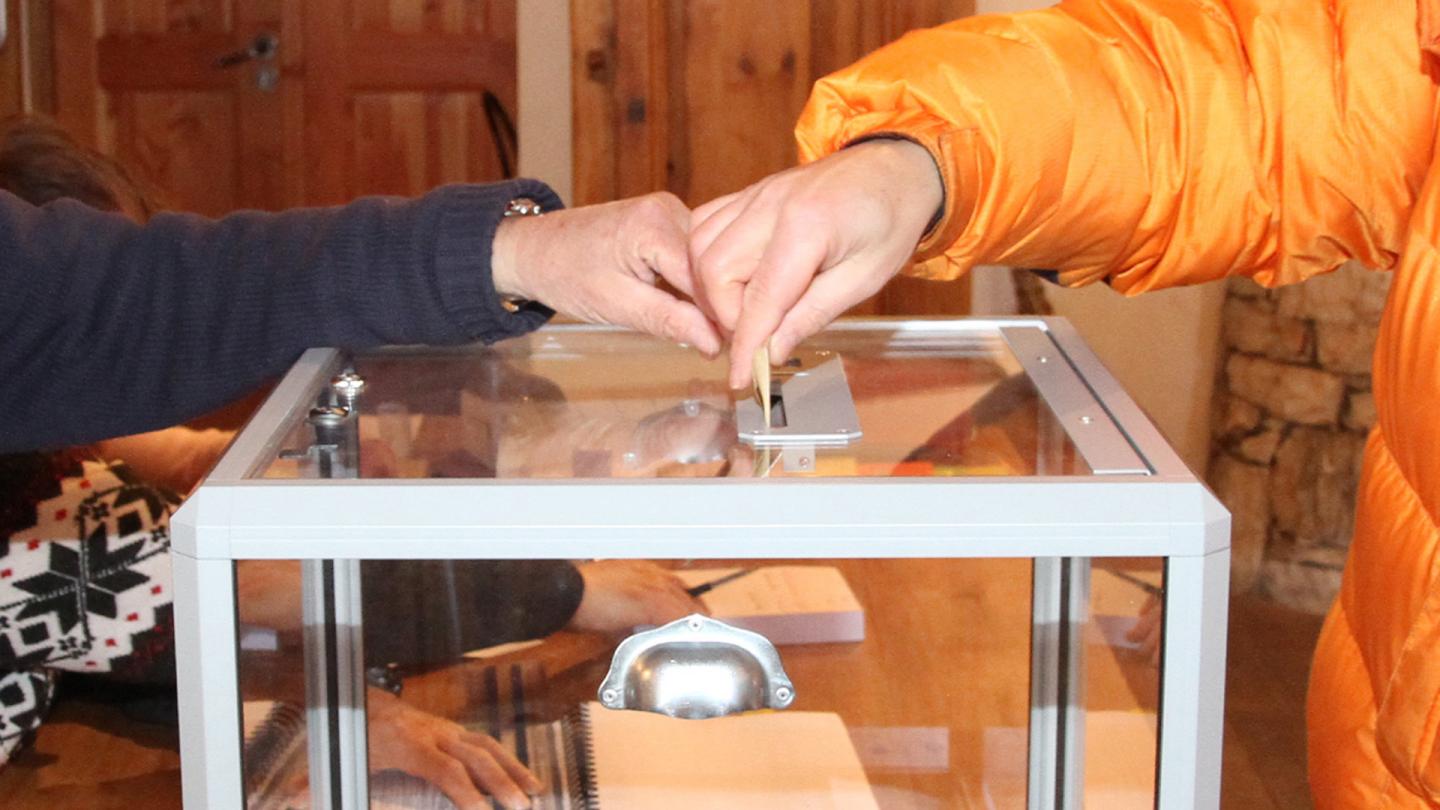 On the day of the election, voters MUST present a valid identity document.

This year, the novelty is a QR code on the first page (identical for all cards and therefore for all voters. No personal data is collected). 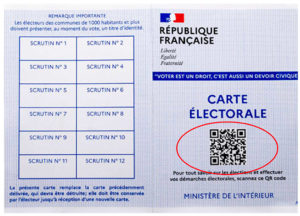 This QR code links to the unique website www.elections.interieur.gouv.fr  allowing you to :

The electoral card contains your identity (surname, first name), your date of birth, your address, your national electoral number and the polling station to which you are attached.

To facilitate the work of the polling station on election day, please bring your voter's card and an identity document.

You already know that you will not be there on election day? You have difficulties to move? Think of the proxy and anticipate the steps. Since 1 January 2022, you can give a proxy to a voter who does not vote in your municipality. However, they must go to your polling station to vote in your place.

It is important to inform the General Administration Department of the Town Hall of any changes in civil status and/or address. To do so, simply hand in a document dated less than 3 months to the following address:

Back to home page